The Melvin H. Gertz Regents Chair in Chemical Engineering at the University of Texas in Austin has been implicated in a long-running scheme with the U.S. Environmental Protection Agency to deceive the public about the health and environmental impacts of fracking, according to an environmental watchdog group.

An engineer who created “the primary technology used to measure leakage and deliberate venting of natural gas,” says Allen used the equipment to underreport emissions during two high-profile studies that have been consistently used by the oil and gas industry to argue that methane leakage is low, and therefore, the EPA should reel back efforts to reduce emissions.

A 68-page complaint filed by the nonprofit NC Warn with the EPA’s Inspector General’s office states that Allen “has led an ongoing, three-year effort to cover up underreporting of the primary device, the Bacharach Hi-Flow Sampler, and a second device used to measure gas releases from equipment across the natural gas industry.”

The fraudulent data presented in the high-profile studies have “ramifications for releases of methane at hundreds of thousands of tanks, drilling sites and other gas equipment around the world,” states the complaint.

The watchdog group says the scientific fraud and possible criminal misconduct not only has endangered Americans, but “has sweeping ramifications for global climate change.”

“The studies were published in 2013 and 2014 by the Environmental Defense Fund as concerns were rising about the climate impacts of methane emissions from hundreds of thousands of gas wells being drilled as the fracking gas boom raged in a number of US states,” reports Common Dreams. 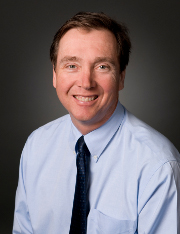 “While many other studies during the period increasingly showed alarming levels of methane emissions, the 2013 EDF study, led by Allen, showed far lower emissions, and it has been used persistently by the gas industry to argue that methane leakage is low and that EPA should back off efforts to begin reducing methane emissions.”

Expert scientists say the natural gas industry is the number one contributor to greenhouse gases in the U.S. as a result of methane releases. “That’s because methane is 100 times stronger than carbon dioxide at trapping heat over the first ten years, and because methane levels in the atmosphere above the US have risen sharply since the fracking boom began.”

Jim Warren, director for NC Warn said: “The EPA’s failure to order feasible reductions of methane leaks and venting has robbed humanity of crucial years to slow the climate crisis. The cover-up by Allen’s team has allowed the industry to dig in for years of delay in cutting emissions – at the worst possible time.”

The flaws associated with the Bacharach device are well known, yet it continues to be used widely throughout the oil and gas industry.

“It had been raised by an EPA researcher before the Allen 2013 study – and now even its manufacturer admits to the flaw, although hundreds of the devices are still being used in gas-producing countries.

“But it was engineer Touché Howard, the inventor of the technology, who proved the flaw existed and showed that emissions could be underreported in the Allen studies by up to 100-fold [emphasis added].”

Despite warnings issued by Howard, Allen continued to promote the flawed studies, refusing to address any and all concerns raised by other experts. NC Warn reports that EPA officials researchers were too scared to confront Allen “due to his stature.”

Howard and the watchdog group “emphasize that leakage and routine emissions at well sites and other gas facilities could be damaging local community health while creating explosion risks for workers.”

Howard continued: “We simply don’t understand the level of emissions across this industry. It’s almost certainly higher than studies have shown, and EPA’s reliance on inaccurate information has created a disincentive to take feasible steps that could greatly reduce the emissions.”

NC Warn has requested that the EPA’s Office of Inspector General investigate. The OIG has the power to refer criminal matters to the Justice Department.

Allen and the University of Texas have denied the allegations, arguing that the equipment used to measure emissions was in fact accurate.

Our request for an interview with Dr. Allen was denied by Garry Susswein, spokesman for the university.

This article has been updated to correct Dr. Allen’s position with the university, which is Melvin H. Gertz Regents Chair in Chemical Engineering. It’s also been updated to state that Allen and the University of Texas are denying allegations of scientific fraud.

Julie Wilson is the Managing Editor and a Contributing Writer for the Austin Sentinel. She graduated from Texas State’s Geography program with a Bachelor of Science degree in Urban & Regional Planning before relocating to Austin to pursue writing and reporting. Her focus includes health, the environment, and local and state politics, among other topics. Her reports have also been featured on Natural News, NewsTarget, Infowars, Activist Post, Truth In Media, and The Liberty Beat. Follow her on Twitter @JWills512