This was the orchestra’s season finale for its Masterworks series. (Plenty of music continues through the hotter months with both the pops and summer concerts in the park.)

Having heard a couple of rather lifeless recordings of the work I had been skeptical about this piece. But conductor Peter Bay made it sing.

Alfvén’s work is quirky, with as many colors and mood shifts as our Texas spring weather — it scurries and pops. Some sections more convincing, but another endorsement for American orchestras to take a closer look at Northern Europe.

The Ravel too is colored with unexpected hues. More intense than playful, it’s frequently mysterious.

Fliter’s piano is all alone for most of the brooding second movement, and she pulled out Ravel’s already brimming jazz tendencies. Stretching out melodies, languishing on certain chords. Maybe I’ve been listening to too much Keith Jarrett, but Fliter’s work here was especially moving.

Her playing felt muddy at times when it joined with the full orchestra, and the second movement eventually began to drag, but Fliter has a winning take on Ravel. The Chopin encore won the audience over as well.

Mendelssohn had a gift for writing for strings — making intensely lyrical work which seems to float above the ensemble like no other composer could.

Right from the start, ASO’s violins had Mendelssohn’s third symphony floating along gorgeously. The “Scottish” symphony as it’s called, rollicked and rolled under Bay’s baton. It was beautifully paced and moved like a rather stunningly ornamented sea shanty.

A touch of menace might have been welcome, but its vibrant energy made for a rich performance —  and an invigorating send-off for the masterworks season. 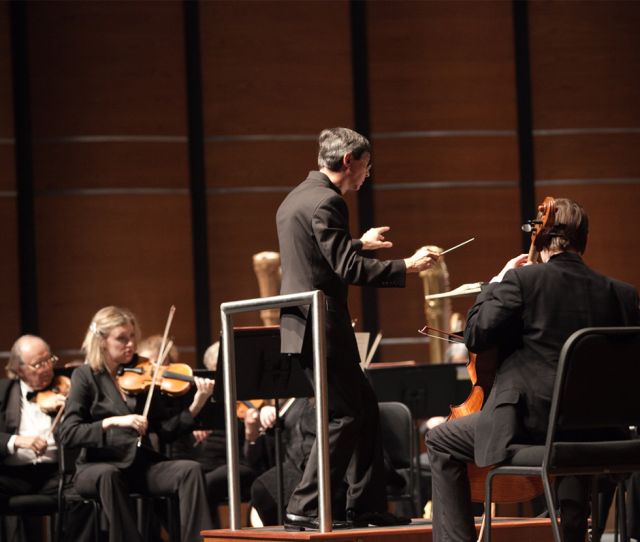 Previous :EDITORIAL: Set politics aside for a higher cause
Next : Theater review: Zach Theatre’s “Buyer & Cellar” gabs about Babs